This is one of the Male scarlet Tanager that hung around at the farm this past summer. He is going through a malting pieride where he become very similar in colored like the female before the migration. He's losing his red for the yellowish or green drabish coloration. The images aren't the greatest but you can see the transformation that this bird go's through. Scarlet Tanager images #28, #29 and #31

These last two image I have used before recently but you can see what the male looks like in spring and summer. Enjoy, MT :)

A Red-breasted Nuthatch that I found in the back woods behind my home.

These fella's are know as the Trojan Horsemen aerobatic team. They are the only 6 plan T-28 formation/acro team in the world. They were at the Rochester Airshow this year but with only 5 ships. These images are a collection of shoots that I took on there second days performance. I did enjoy they're performance and I came away with some neat shoots. There performance was the only one that had blue sky and white clouds in it for the entire performance. I do prefer to have the blue sky in my images. Hope you enjoy these 19 images. Your all going to be happy that I only went to two airshows this year. I may have 6 or 7 post left from the Rochester Airshow to cap it off with some images of the Thunderbirds and some more modern aircraft. There is more information taken from the official Rochester Airshow at the end of this post. It give you some background on the T-28 aircraft. 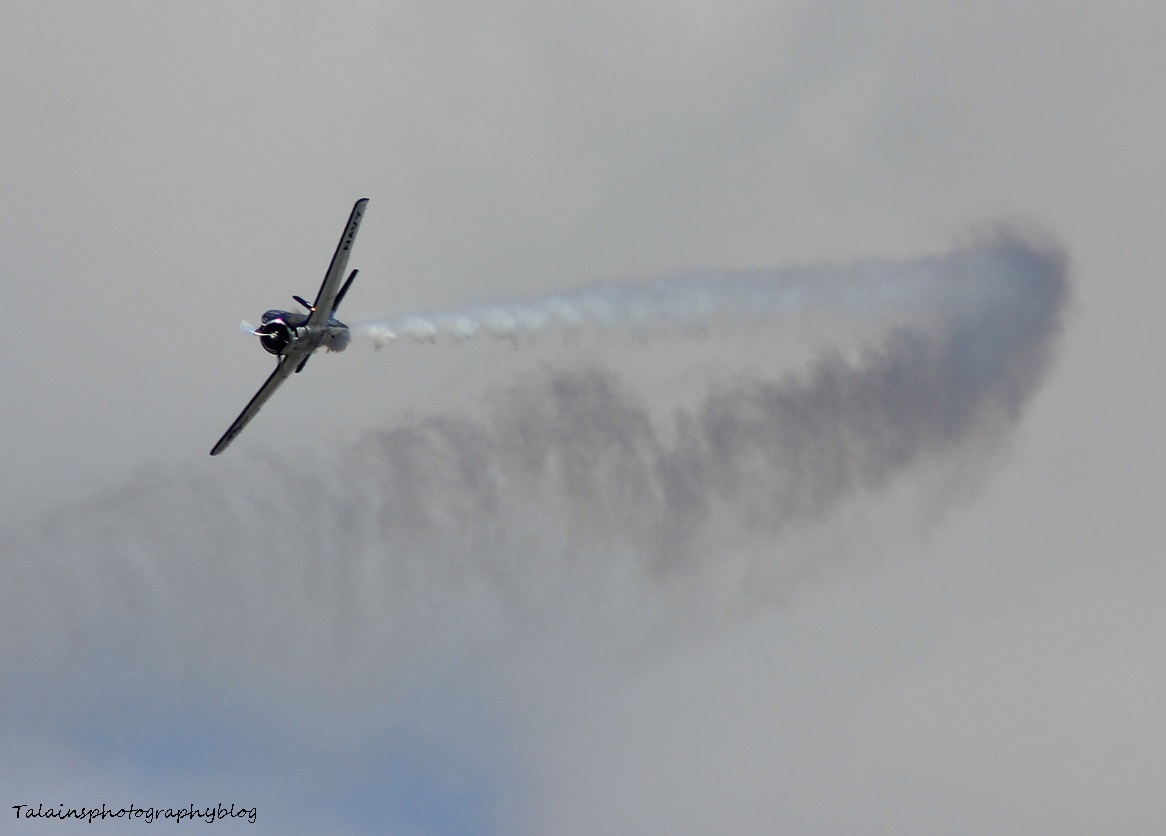 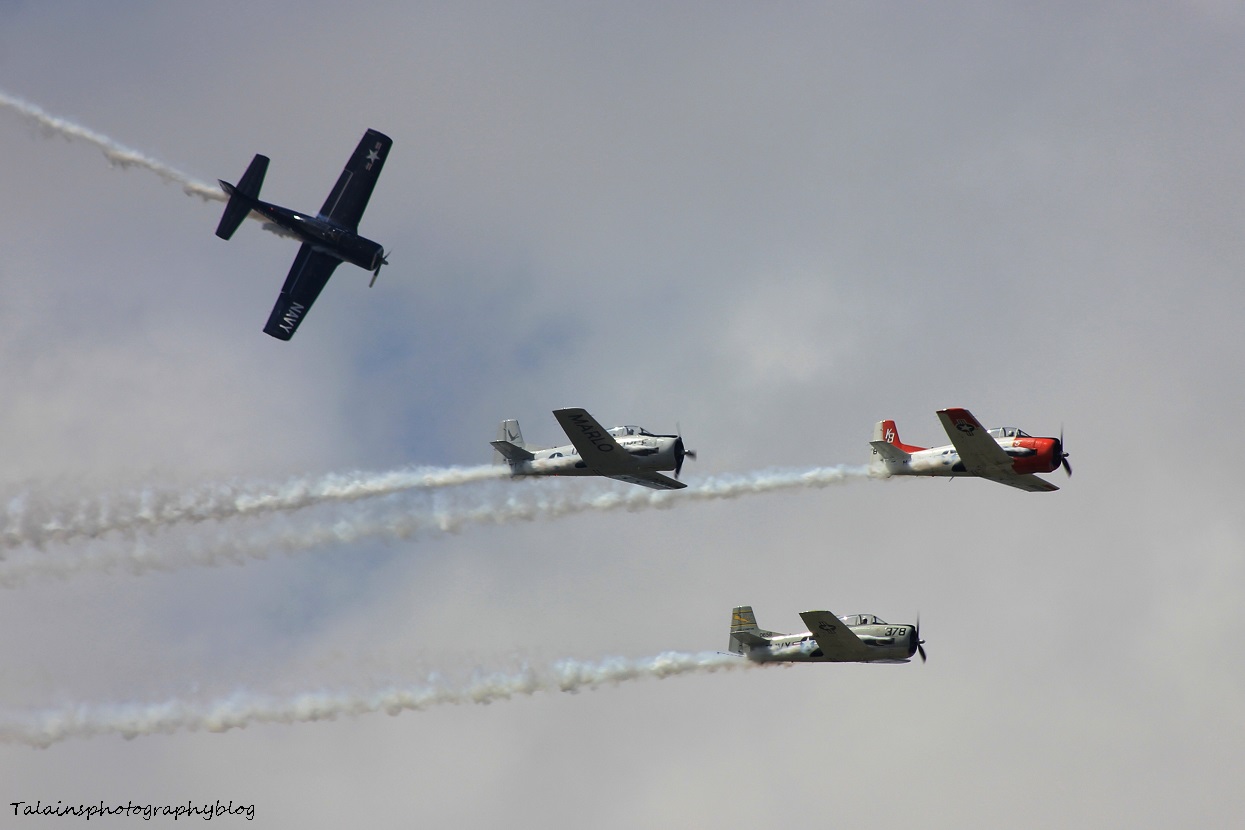 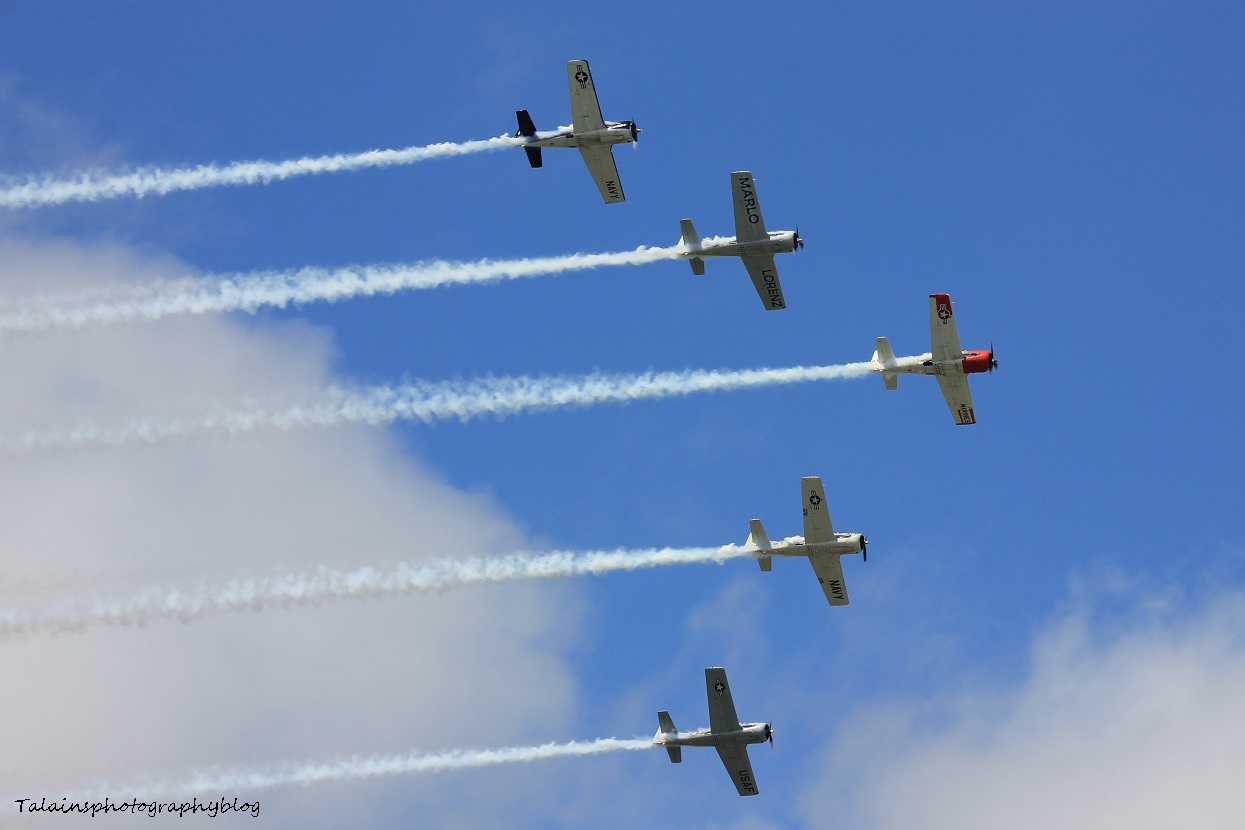 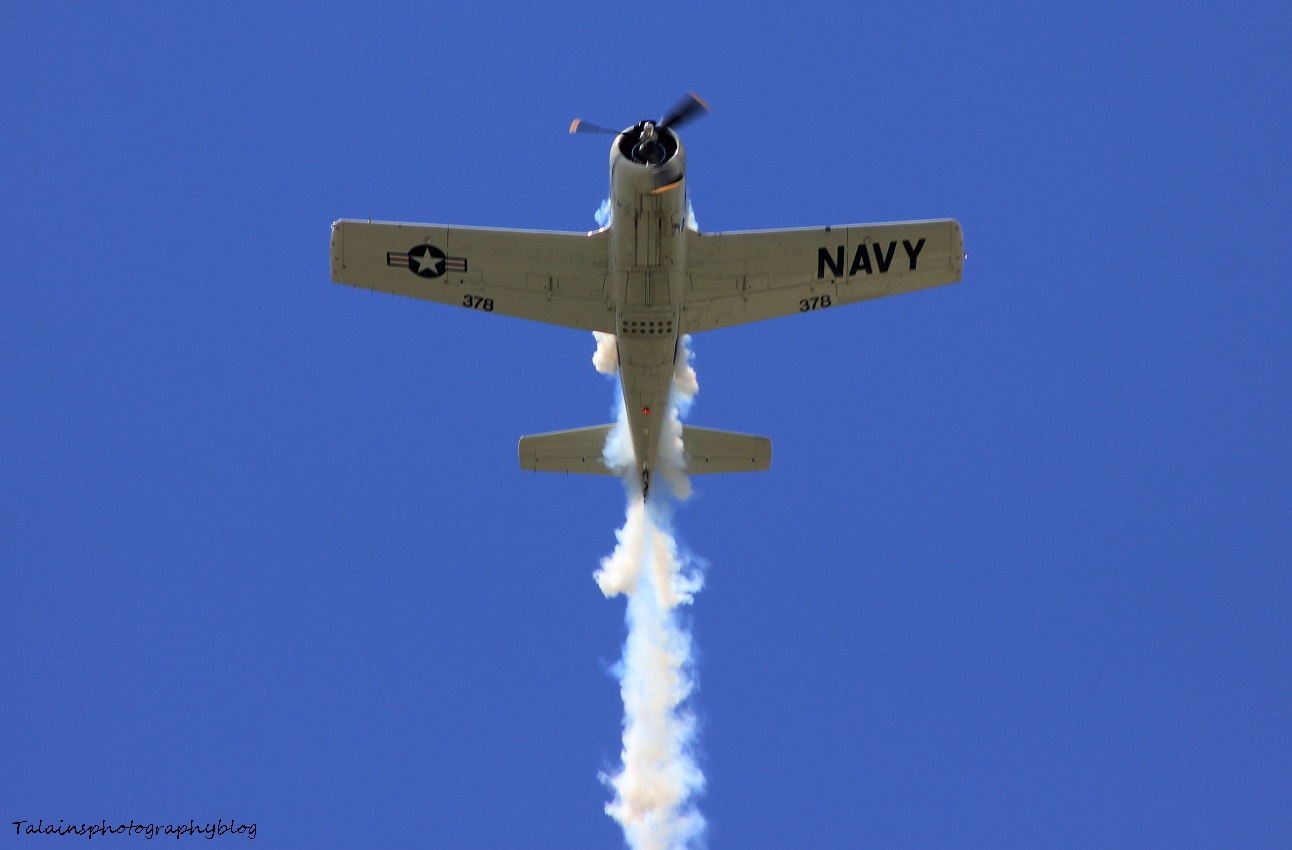 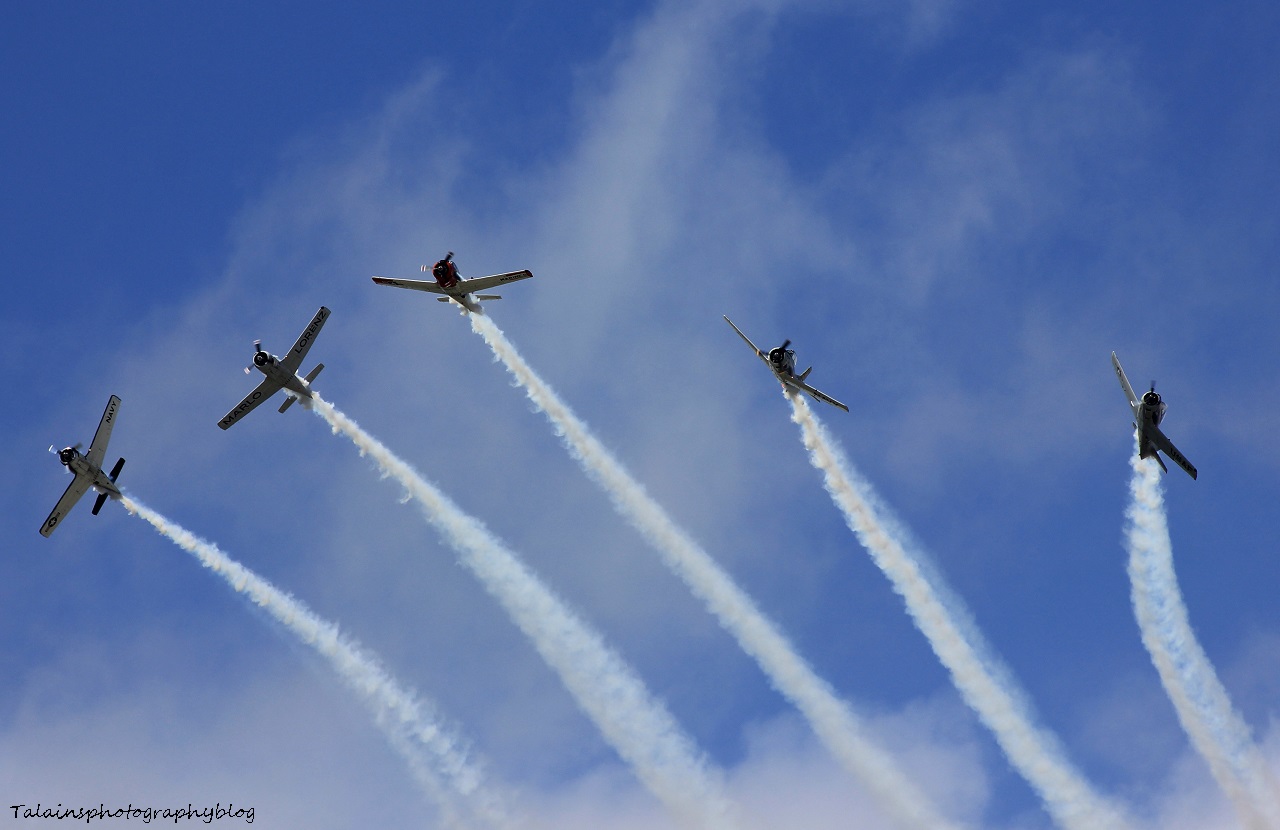 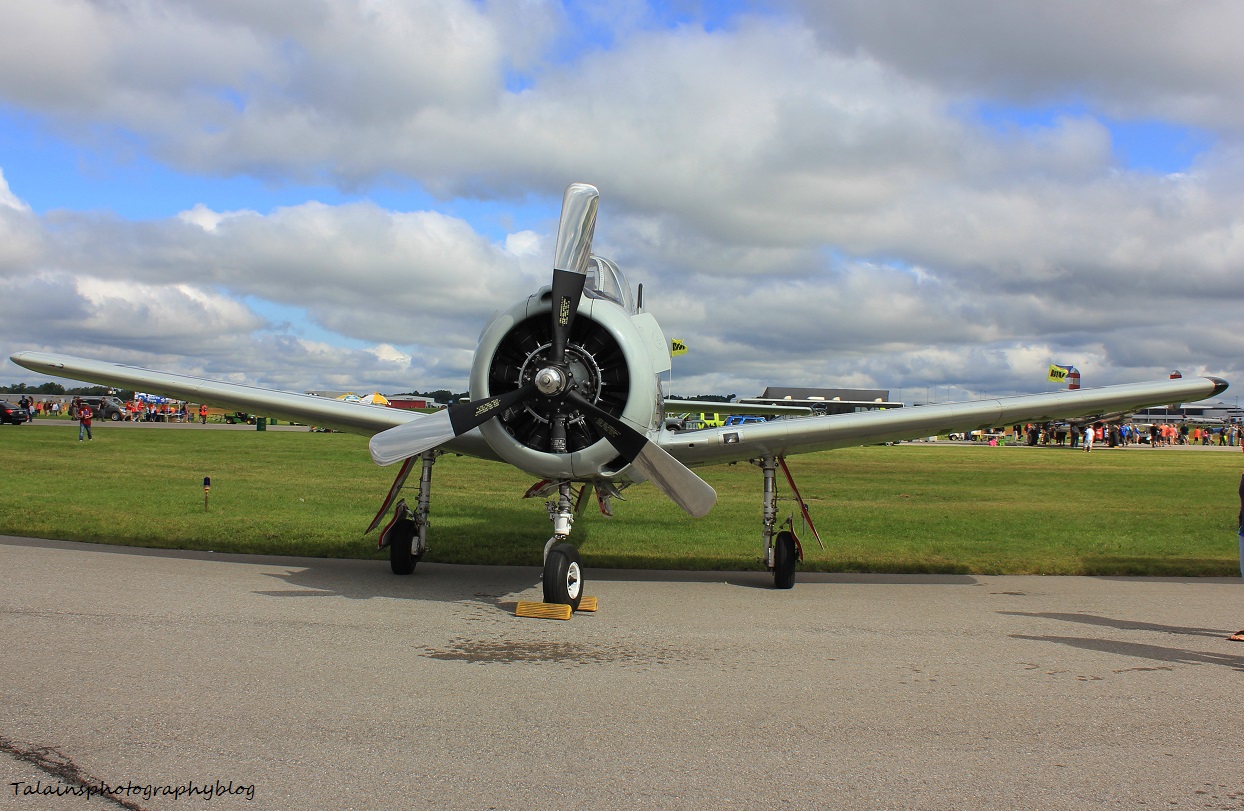 The Trojan Horsemen are the only six ship T-28 formation/acro team in the world. They demonstrate the aircraft with a stirring patriotic "Salute to the Armed Forces" airshow in venues from West Texas to the Midwest and East Coast of the US. With the advent of jet aviation, higher powered training aircraft were needed to train new pilots. After WWII, North American Aviation began to develop the next generation, high performance, advanced trainer to replace the T-6 Texan. The T-28 Trojan entered production in 1950. There were three versions of this trainer aircraft that were initially produced by NAA. The Air Force version (T-28A) was powered by an 800 hp engine. The Navy and Marine Corps version (T-28B) was powered by a 1,425 hp engine. The T-28C was created with the larger engine and a tailhook to allow it to be used for carrier training. When production ended in 1957, a total of 1,948 of the three versions had been built. Given its high performance and durability, the T-28 was also pressed into service as an attack plane. In 1959, Sud Aviation in France purchased several hundred surplus "A" models for upgrade. Once the larger R-1830 engine and weapons carriage was added, these aircraft were used in Algeria during the early 1960s. Beginning in 1962, the Air Force began modifying T-28A's into T-28D Nomad tactical fighter-bombers. The T-28D had the larger engine and other modifications. The T-28D proved to be very effective in counter-insurgency warfare and close air support in the Vietnam war, and was used by both U.S. forces and the South Vietnamese Air Force (VNAF). The T-28 was used by the various branches of the U.S. Military from 1950 into the 1970's and last saw service in 1984 at NAS Corpus Cristi. 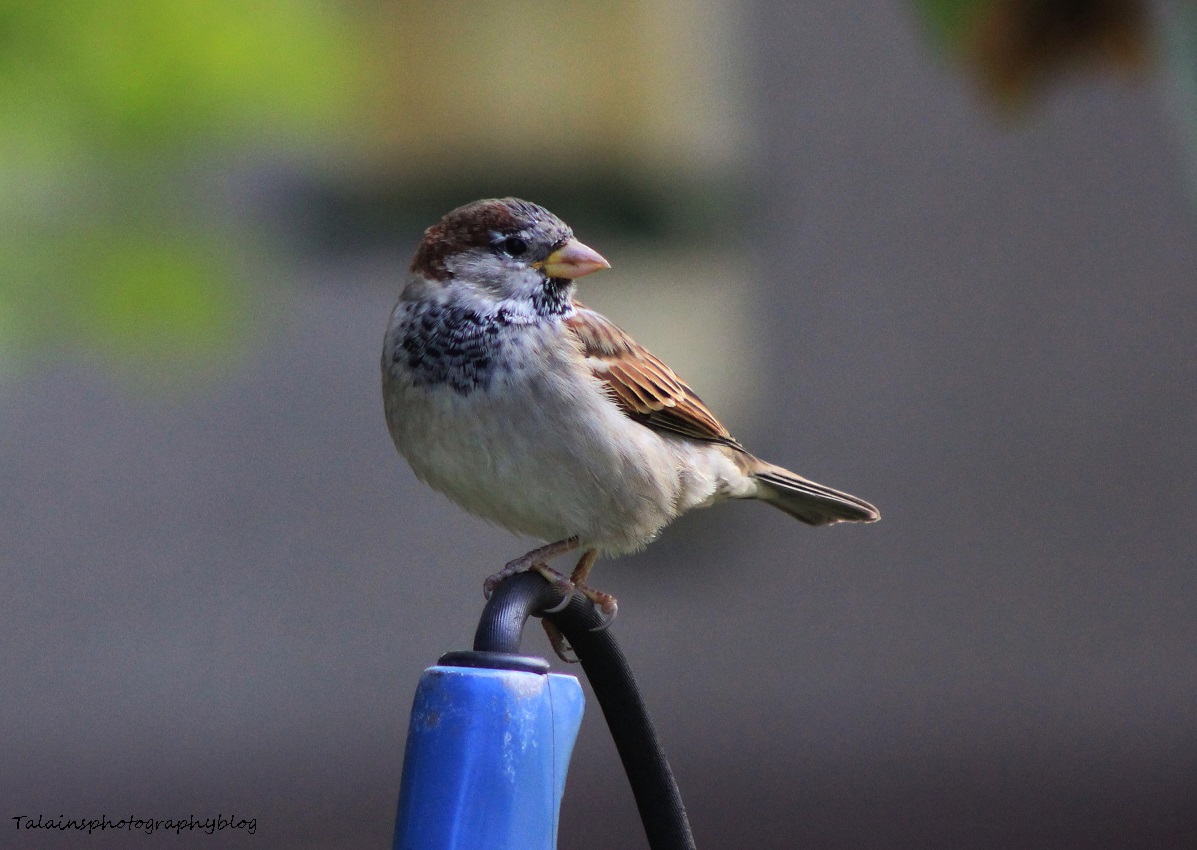 An images of a young House Sparrow that was in my back yard. He is perched on the handle of my hedge trimmer that I left hanging on a back fence. I don't take to many pictures of these little bird but they are actually quit common around here and in significant numbers. I pretty much don't pay any attention to them for some reason or another, maybe I just find them a little bland for myself. He's a bird just the same so I thought that I would through him in for today, enjoy :)

A young Female Cardinal that was sunning her self in the grape vines in the back yard after using the  birdbath. This image was also taken a couple of weeks ago.

And the Moon casted it's reflected light upon the earth so we would not live in complete darkness through the night. This is an image that I took 3 or 4 weeks ago of the Susquehanna River in Binghamton. I have not seen the river this low in a long time but it did make for a nice reflective shoot.

An image from the farm showing the Autumn colors that we had. Every thing is down now off of the trees. We have had three really good frosted at the farm but nothing down in town. we still have trees with color and others that have not started to change yet.