I thought that I would give you a little introduction to Keewaydin State Park in Alexandria Bay area of New York State. This is one of the places that we stayed last week on my shore vacation with the boys. The images I'll show you are from the park and depict the nature of the place but not the camping areas it's self unfortunately. I never gave that a thought wail I was there. I found it to be a small but pleasant place to stay for both  camping and boating. All of this information was taken from the parks brochure. Keewaydin State Park was once a private estate, originally owned by James Wesley Jackson of New York. Jackson built his large summer home in 1894. Subsequent owners were William T. Dewart of New York City, president of the New York Sun, the Mohican Chain and the Munsey Publishing Company, and John K. Wallace of St. Louis, Missouri. In 1954, the property was leased to the Keewaydin Point Club with over 200 members. The property was acquired by the Office of Parks, Recreation and Historic Preservation in 1961. Care has been taken to maintain some of the estate's old features. As one meanders through the park, one can observe a seawall along the St. Lawrence river. Many people enjoy watching the oceangoing vessels and 730 foot 'lakers' traversing the American Narrows section of the St. Lawrence Seaway from the many vantage points found in Keewaydin State Park. The park fetures these facilities and services. -  Park open all year -  Marina: mid-May through mid-October -  48 campsites (no utilities) - tents, trailers and RV's allowed -  Marina (112 boat slips - 1 boat ramp) gas, oil, ice, and rental boats available at marina -  Seasonal Dockage -  Fishing -  Picnic areas with tables & fireplaces -  Swimming pool (size: 75x 150ft; depth: 3-5ft) -  Playground -  3 gazebos, 2 overlooking St. Lawrence River -  Handicapped parking & paved picnic site 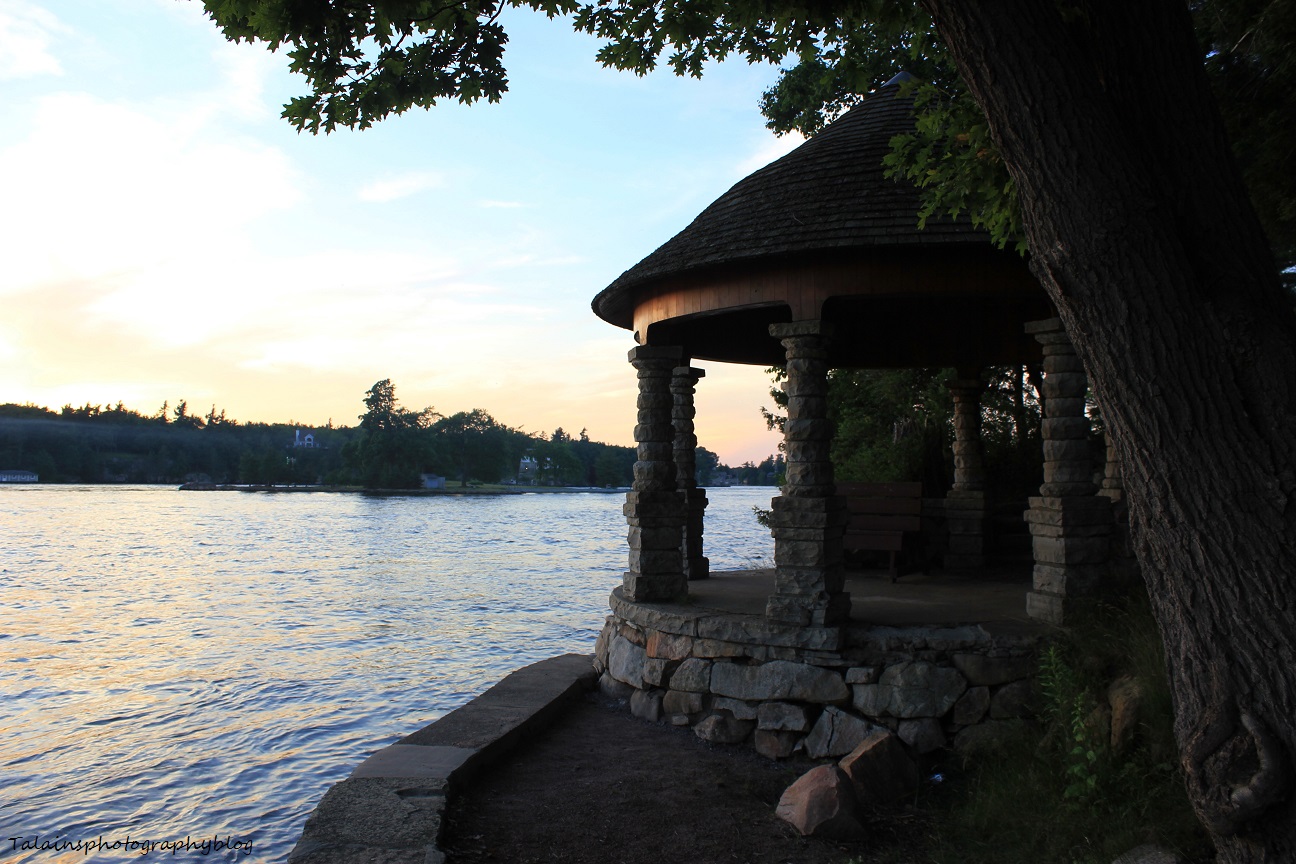 This last one is an image of the parks pamphlet.